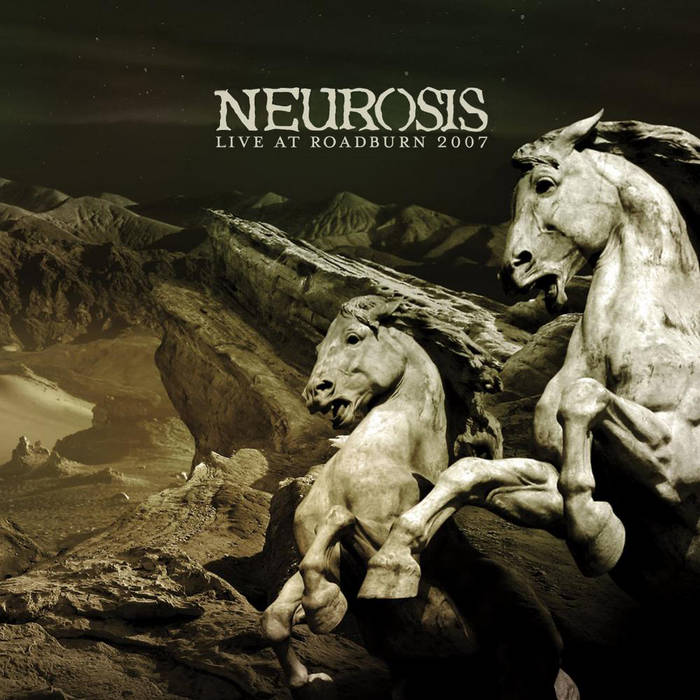 You know where everyone has it wrong about Neurosis? The mind. Look at the legion of imitators and you’ll see they’re like children trying to build a treehouse without instructions. There are mathematical equations being done, but they’re the wrong ones. Emotion plus volume. The cerebellum gets all the credit, but this music comes from the stomach. Listen to the washes at the back of “Water is Not Enough.” Listen to the grimacing cries of “At the End of the Road,” the mortal desolation of “A Season in the Sky.” You’ll hear it or you’re a fool.

Not that it’s perfect. That isn’t the idea. It’s the humanity you’re getting here. The raw stuff of human performance. The need to transmit from one to another an idea, shape, sound. It is as close to authenticity as we come.

What do you think they called a square the first time saw it drawn in the dirt? It was a thing without a name. It was a creation inextricably tied to the one who crafted it. It was art. That’s what this is, delivered at painful volume to ears that, if they could, would scream back as if to say, “I’m here too, I can see it now. It is even on all sides.”

Imagine what it must have been like to have Neurosis step out on that stage. The 013 Popcentrum, Tilburg. Roadburn. An event unlike anything else the world over, and Neurosis with a legacy of carved granite. It must have been like rivers joining, flowing in the same direction. Forces of nature.

There are nine tracks on this release. As you listen, set aside expectation. Put away your thoughts about what you think the work should or does sound like. It is not about the definitive. It is the execution. The temporal and the fleeting. You need to understand: This is the moment, captured. Emotion plus volume. They’ve been doing it one way or another since Reagan.

If you’re still reading this, you know the deal. That year they released Given to the Rising, which was the black to The Eye of Every Storm’s grey, and to the red of A Sun that Never Sets, and the hard lines of Times of Grace, and so on. The material is fresh, vibrant and unrelenting. Even when it breathes, you don’t. Two years later they’d be asked to curate their Beyond the Pale Festival under the Roadburn banner, hand-picking the artists with whom they would share the stage for their return performance. This is the genesis of that.

Like they say: “Sun-whitened bones in a landscape of hounds.” We’re those hounds, you and I. All we can do is feast, chew endlessly and hope to get a bit of marrow. Break our teeth on it. And maybe understand. I’m tired of trying to make you understand. So tired.