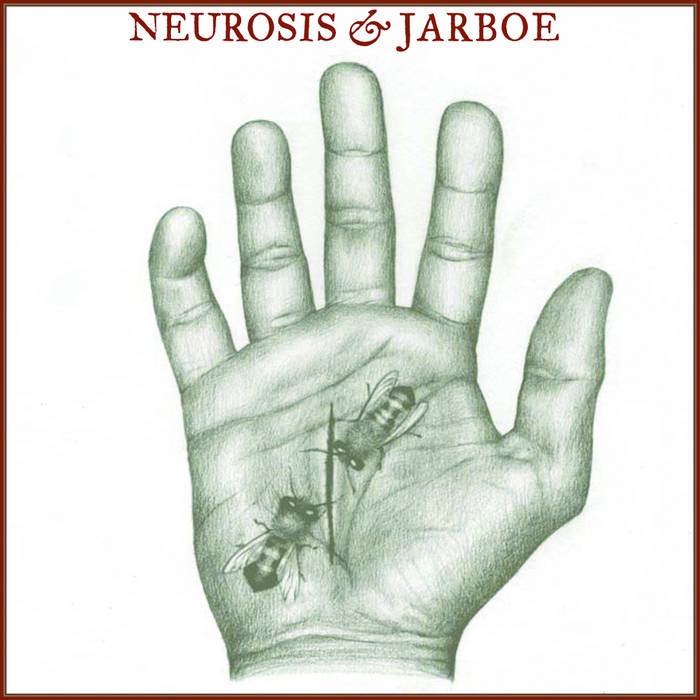 "Talk about an inspired pairing: Bay Area apocalyptic post-hardcore beasts Neurosis teamed up with ex-Swans vocalist/collaborator Jarboe, for this years-long, tape-trading project, and the result is, as expected, haunting, enlightening, and challenging. Jarboe's chameleonic myriad of vocal styles -- a pure, nectar-sweet tenor, operatic, dramatic, and melancholy, often gives way to whispered spoken word, and disturbing bouts of chanting, panting, and trachea-scraping screeches -- and harrowing poetry are a natural partner for Neurosis' increasingly subtle ventures into abstraction and texture (here, the band settles on a sonic cousin of its experimental ambient/noise alter ego, Tribes of Neurot).

Instant gratification is something reserved for more compromising artists, and, as expected, Neurosis & Jarboe requires one's undivided attention, composed of lengthy jaunts into the mist of mind and soul, and designed to push you out of your mental comfort zone. Lyrically, Jarboe delves into the suffocating mysteries of death and religion, the album cover art tying the theme together with drawings of stigmatized hands drawing flies, each song represented by a ripped-off fly wing.

The record's pinnacle is "Erase," a nine-minute epic of emotional extremity, Jarboe whispering "There are all these well-wishers, well, idiots keeping score, and I would love to disappoint them," before exploding into traumatic screams of "Define me, defy me, deny me, defile me." Neurosis' rhythmic tribal thunder during "Within" is interrupted by Jarboe's creepy, paranoid drawl before being matched by her breathless panting; and 12-minute album closer "Seizure" is an example of pure, muscular songwriting prowess, contrasting synths and noise loops with a crystalline acoustic guitar during the intro, before Jarboe's beautiful vocal strains mesh with Neurosis vocalist Scott Kelly's droning rasp; meanwhile, the backing soundtrack builds into a stunning and gorgeous polyrhythmic collage of singing, instrumental chords, and floating abstract sound.

One has to admire Jarboe's unwavering ability to remain steadfast to her art, whether it requires her, as Neurosis & Jarboe often does, to strip naked and howl like a banshee, or remain tastefully restrained; either way, her collaborations with Neurosis claw at one's psyche with sharp, dirt-encrusted fingernails, their musical coalition daring you to rip away from their penetrating gaze. It won't happen."
- allmusic.com