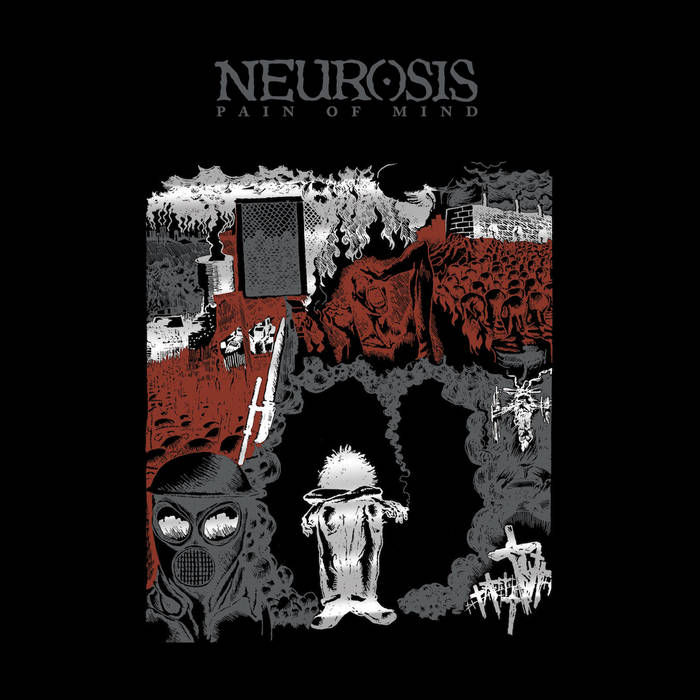 East Bay Working Class I would see Neurosis at the Gilman in mid to late 80s and am always amazed how incredible this album still sounds. Seeing these songs live while listening to Tim Yohanon bitch " no aggressive slamming" has to be one of my fondest memories. FUCK THAT MAKES ME OLD. Favorite track: Pain of Mind.

Pain of mind, sickness of heart

Pain of Mind marks the inception of one of the weirdest and most powerful bands there ever was as they begin their odyssey through the sonic landscape: 33 years, 13 albums and counting. These gritty punk songs bear little resemblance to what Neurosis would become, but the future was written here, and if you listen closely to these kids—barely out of high school at the time, you can hear their early influences: The guitars and existential anguish of Amebix and Rudimentary Peni, the passionate politics of Crass, the heaviness of Sabbath—and here, too, they lay the foundation for some of their enduring concerns: the pursuit of transcendence, and contemplation on the downward suck of despair.

As Ian MacKaye coyly suggests in the East Bay Punk doc Turn It Around, there are “a lot of holes to fall into” growing up in the Bay Area. In 1987 Dave Edwardson was 18, Scott Kelly was 19, Jason Roeder was 16, Chad Salter, the band elder, was 21, and they had already fallen into many of them, including, of course, the great abyss of depression. Only a teenager could write the punk anthems “Black,” “Grey” “Life on Your Knees,” and of course the title track, “Pain of Mind”. They are songs of survival.
With Pain of Mind, Neurosis sunk their claws into the hearts and minds of the East Bay scene like no one else. They were fucking dark, gazing right into the abyss and refusing to turn away. The cacophony of vocals on Pain of Mind-- Scott’s unhinged screams, and Dave’s guttural growl, suggested a familiar sort of internal mania: like the voices in an unquiet mind, paranoid, but for all the right reasons. And Jason Story’s original cover art perfectly captures that torment.

Neurosis shows in the Pain of Mind era were like nothing else. The pit was wild; people rolled around on the floor, climbed the walls, threw themselves off the stage. Watching Neurosis play felt like a seizure that reset your brainwaves: shock treatment, an exorcism. For a few days after a show, you always felt real mellow.
Neurosis reminded us that maybe we weren’t free, but at least we were locked up together. It sounds melodramatic, but Neurosis might have saved our lives.